The city is a bastion of American ecclesiastical architecture. Its extensive urban perimeter is richly decorated with 16 beautiful Renaissance-style Christian temples.

The urban center of the city of León, with 70 properties or places of patrimonial interest, was declared National Historical and Artistic Patrimony in 1983.

Its full name is “Insigne y Real Basílica Catedral de la Asunción de la Bienaventurada Virgen María”. It is the largest Cathedral in Central America and one of the most beautiful in America. It was built between 1747 and 1816, and it was elevated to “Basilica Major” in 1860.

For its artistic, cultural and historical value, it was declared a National Historical Monument on December 14, 1999 and it was elevated to the category of World Heritage on June 28, 2011 by UNESCO.

It is the largest and most monumental of all churches in León, except for the Cathedral. Its main façade is made up of four entablatures which, in decreasing order, rise up to finish off with a cross. It has numerous niches and attached columns that finish it off and it has a frontispiece of baroque influence.

The church was founded in 1639, together with the convent located on its south side. The buildings mix several styles, the front is eclectic, while the interior has a colonial-baroque style.

After the expulsion of the religious order in 1830, the convent was used as the “National Institute of the West” (Instituto Nacional de Occidente). Currently it is home to hotel El Convento. The facade was rebuilt in 1960.

Built in 1785, it is a building that stands out due to its height, structure and its bright yellow color. The facade carved in stonework has a Mexican baroque style that blends harmonically with the bell tower. The altars are decorated with a neoclassical style. Its façade is baroque, covered with symbols of the Via Crucis.

It was originally built in 1672 and later demolished to be rebuild again in the same place in the seventeenth century. The tower was rebuilt at the end of the 19th century and the interior was modernized at the beginning of the 20th century. It is the only church that has its tower in a different place than the façade.

Its baroque style is harmoniously combined with the neoclassical façade and the colonial style of the southern part of the building. The medallions exposed in the facade, reflect influence of the Mexican or Guatemalan architecture. It was declared Historical and Cultural Patrimony of the Nation on February 15, 2012. 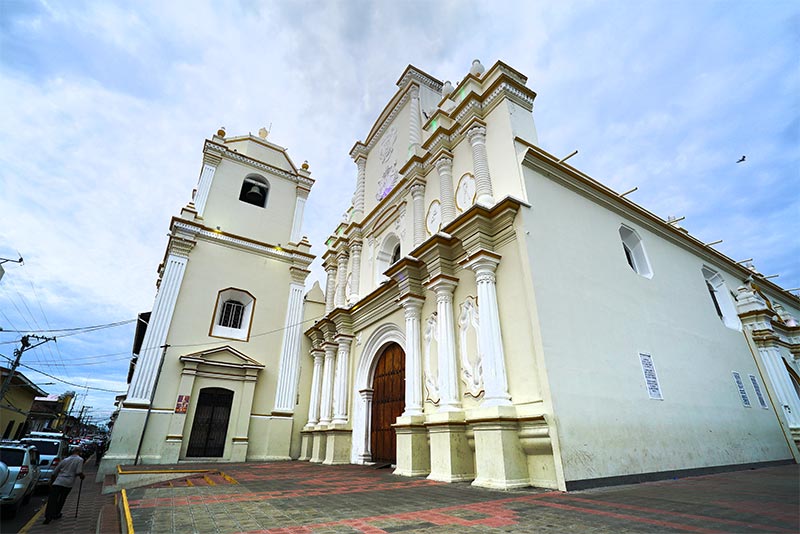 It is one of the most beautiful churches in Nicaragua. It was built in the early seventeenth century.

The church has an extraordinary neoclassical façade, which together with its bright colors makes it stand out among the surrounding buildings at the end of the “Calle Real”. Its design has both Spanish and French elements. In the year 2000, a fence was added to protect the temple. 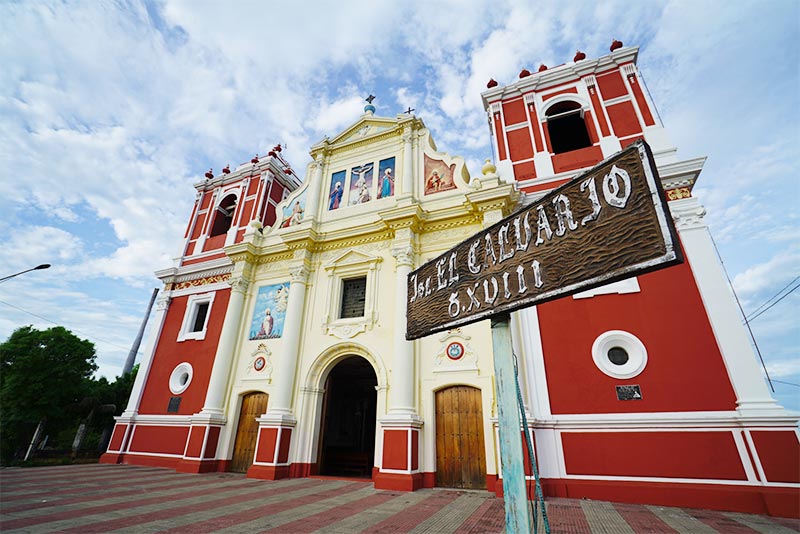 It was built between 1884 and 1934. It has a mixture of different architectural styles having eclectic and romantic style elements, and a military look given by the jagged elements and the high side towers built with carved stone, making it look like similar to a castle.

At the same time, it uses pure classical elements such as the shafts and the columns, architraves and cornices. It has a rectangular four-way plan, a central body and three naves, supported by high wooden columns. 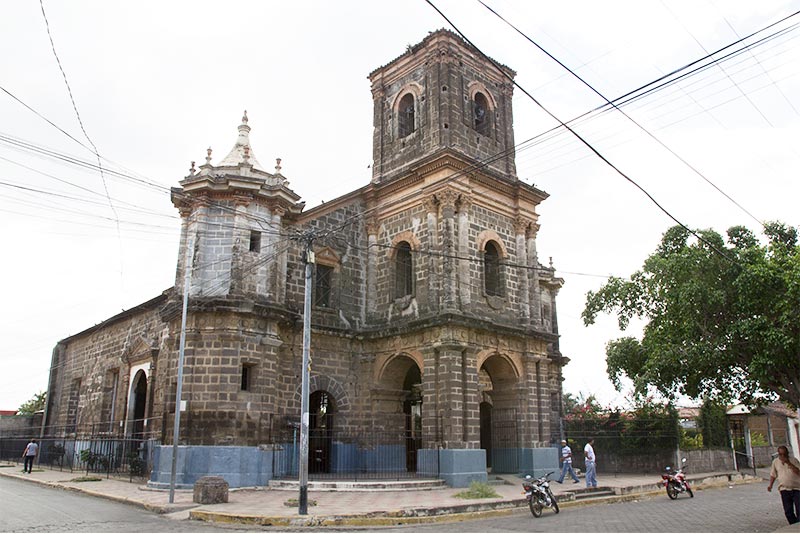 Located 6 blocks to the north from the center of the city in the neighborhood with the same name. The church covers an entire block including a large front and side atrium with a large backyard. You can visit the church on Thursdays from 8 am to 5 pm, participate in religious activities and learn about its architecture and sacred art. 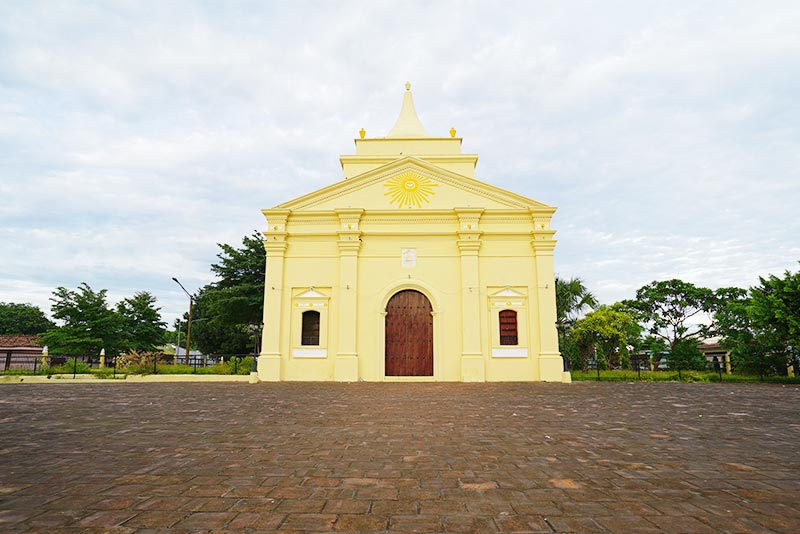 Is located in the Guadalupe neighborhood, 5 blocks to the south of the Central Park. The first church was built in 1743 as a small hermitage by Fray José Ramón Rojas de Jesús María and at the end of the 19th century the current structure was built on the foundations of the first one by Father José Francisco María Villami. The church can be visited on Thursdays, the day of the Most Holy Sacrament. 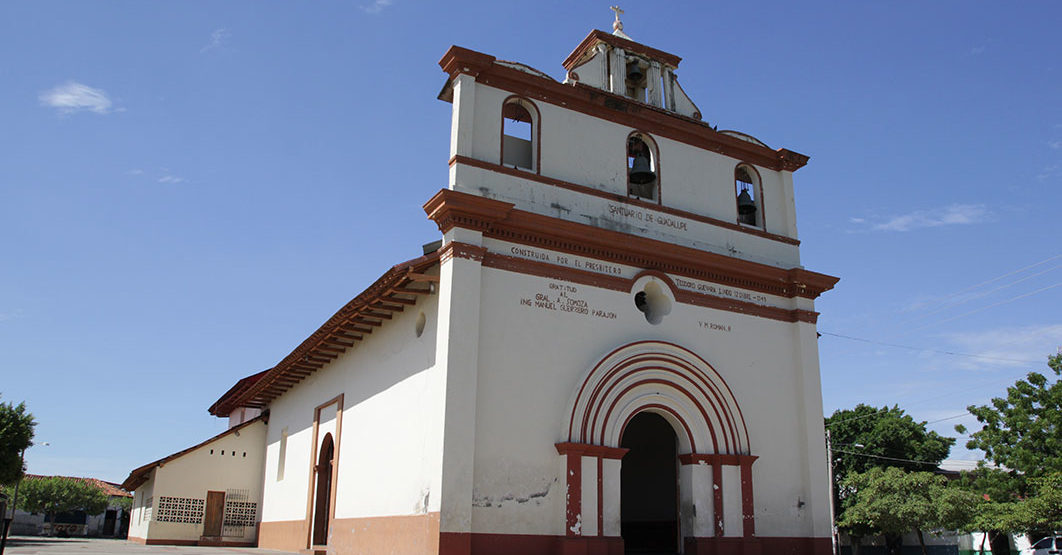 Is located in the San Juan neighborhood, 4 blocks to the north and 2 blocks to the east from Central Park. This church was originally built in 1625 and 1651, its origins were the village center of the town of “San Juan Bautista de Naborías”. Its last reconstruction was between 1850 and 1860. 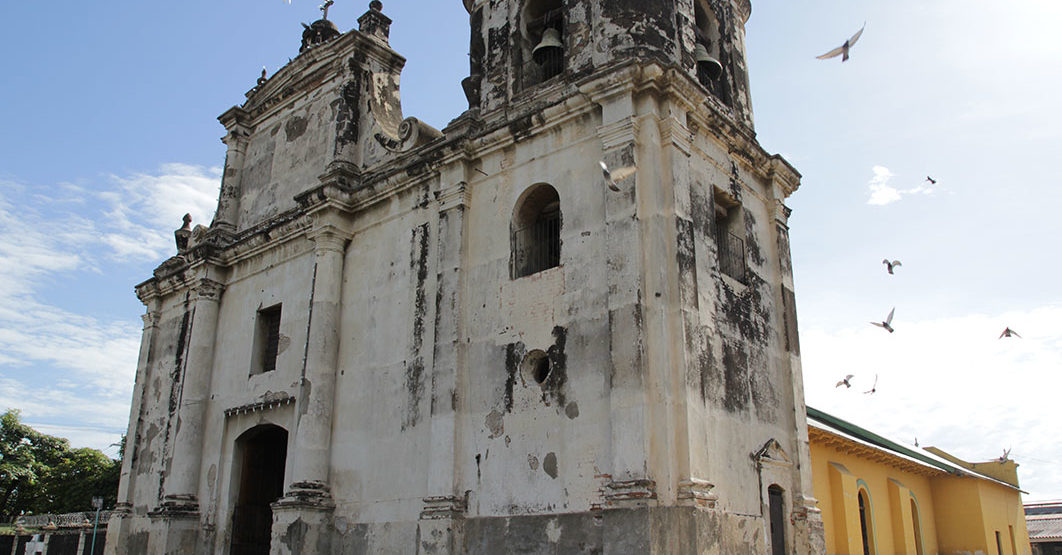