It is a tradition of the towns located on the plateau, from Masaya to Nandaime, to feed pilgrims and promisees during the festivities dedicated to the town’s patron saint. Most of the dishes derive from maize. Jinotepe, Diriamba, and San Marcos are famous for their festive dishes called “picadillo, ajiaco, and masa de cazuela or indio viejo”. 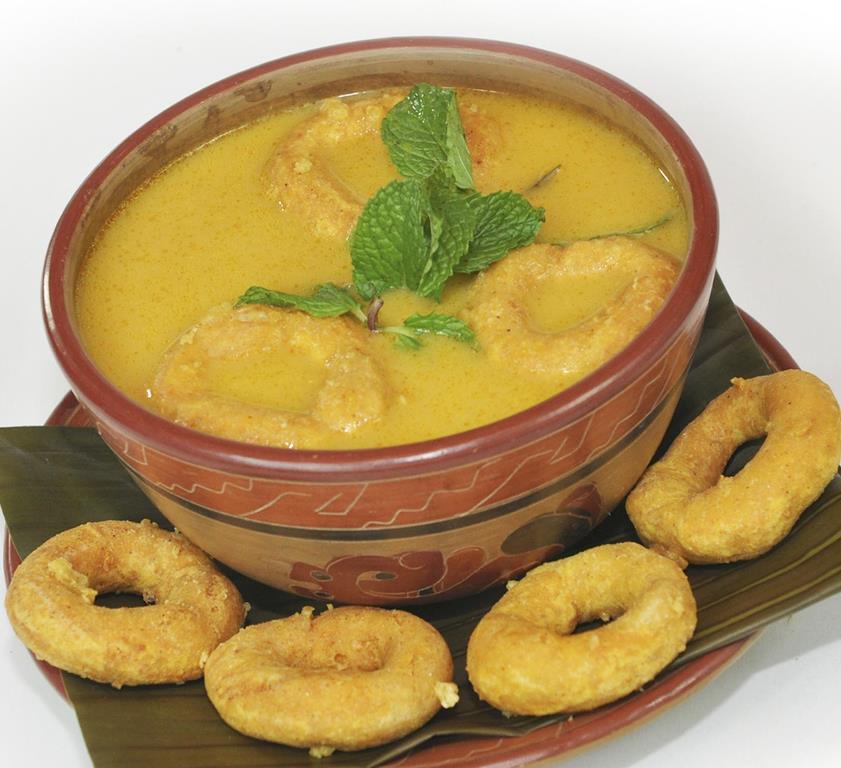 The celebrations of Patron Saints in the towns of the northern, western, and northeast departments of the country, the custom of giving food to those who make the pilgrimage is not practiced. However, as an exception, every December 6, in the town of El Viejo, Chinandega, they celebrate the cleaning of the silver and feed the visitors rosquillas and tiste.

One of the greatest contributions to humanity by the New World has been corn. The birthplace of this millennium plant is located between Mexico and Central America.

Legend attributes the discovery of maize to Quetzalcoatl, a mythical-historical figure, hero of a civilization and guide of the Mesoamerican peoples, said to have placed a grain of corn on the lips of the first man and woman, so that, while eating it they may “work and think”.

Maize had such an enormous influence in the development of the Mayan, Quiche, and Inca civilizations, that it is present in the lives of even the most humble of these men -from their births to their deaths.

Once the cultivation of the grain became popular on the continent, maize became an important element for the unity of people, a factor for social transformation. The development and increase of its production allowed for rapid advancement of social-economic organization.

Corn was also given magical-religious properties. Witch doctors and Priests used it in rites and ceremonies. The Tonalpohuali Calendar or the magic succession of 18 months of 20 days each, dedicated the eighth month to the sacred rite of XILONEM, “Goddess of the New Corn”.

According to a beautiful legend, XILONEM was a lovely princess who, during a drought, sacrificed herself so her people would not starve. This sacrifice, the beheading of the Goddess-Slave, is symbolically repeated each year by a farmer-priest, personified by a corn grower, who cuts from each corn plant the first young corncob (“chilote or xilote”), so that the mother plant itself can grow and produce larger cobs; assuring the development of a full, rich, and abundant crop.

Corn is one of the basic staples of the Nicaraguan diet. A large part of its culinary culture incorporates corn into its recipes as a sole or mixed ingredient. A vast variety of foods, drinks, and desserts are made of maize and form part of the Nicaraguan’s daily diet.

Corn is planted and harvested in the same manner as done in the past. The sowing of the land begins when the farmer hears the first thunders announcing the proximity of the winter rains. A few weeks later, the corn festivities may begin.

As the spike grows out you can also see the small baby-corns “Chilotes” -those corncobs that, because of their position and size, do not get to become full-grown cobs. They are delicious! You can eat them barbecued, boiled, in sauce, with vinegar, and even raw.

The corn festivities continue. Soon there is new corn –a true delicacy from paradise. New corn with cheese, tamales and atol, and the sourer the better, as well as Guirilas that are eaten stuffed with cheese. When the corn is ripe, it is easy to store, you bend the plant in a way that the corn head is down, and the whole plant will serve as storage.

Who can count all the uses of the corn? Here culinary fantasies have no limits. However, the basics of its use necessitate them turned into dough as a requisite of any mixture.

The corn is mixed with ashes or plaster, washed, and blended. In all the neighborhoods, small ranches, and cabins you can hear the sound of the hand mills and the grinding of the corn on the stone. 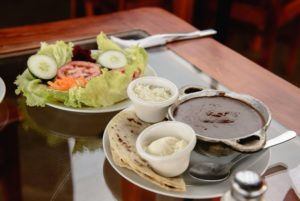 Large farms have motor operated mills. From this mixture, the queen of the corn is born: the Tortilla. The tortilla comes in all sizes, from tiny bites topped with different ingredients, to the meal-sized one fighting against bread to maintain first place on the table.

Nacatamales and other types of tamales are born of this dough, among the tamales we have: tamal de masa and tamal pisque with the advantage that they may be kept for a few days without refrigeration, and are popular for long trips.

Tamales can be stuffed with many ingredients, but the best of all, is the Nacatamal. There are different types of Nacatamales: The cacique Indio (The Indian Chief), big, pure, with no foreign additives, with lots of chili and spices. The Ladino, (The Crossbreed); mixed with potatoes, rice, and a few olives. The Nacatamal for Parties “High-Life”: With prunes, raisins, capers in thinned dough that disappears in four bites.

Corn mixed with a little bit of cheese opens a vast horizon of delicatessens. The classic albondigas (dumplings) eaten especially during lent, the delicious buñuelos with honey, perrerreque, rosquillas, hojaldras, viejitas, and the rellenas, everything that is known as “Cosa de Horno” (Baked Stuff); and, last but not least of the baked corn goods: the Jinotegan pupusas.

Humble and modest is the pozol, boiled and ground corn, with a piece of alfeñique (made from sugar cane molasses), it turns into a drink capable of competing against tiste de panecillo, or any cola drink.

[vc_row][vc_column][vc_column_text] In 2014, the Nicaraguan Institute of Culture and local governments began working to collect data on existing dishes, drinks, desserts, and…

Matagalpa awaits you with its coffee and cocoa tour

[vc_row][vc_column][vc_column_text]Surrounded by mountains lies Matagalpa. The pearl of the north welcomes its visitors with its pleasant cool climate that favors the cultivation…

Nicaraguan Cuisine: For Your Foodie Clients or Anyone in Between

[vc_row][vc_column][vc_column_text]Nicaragua’s iconic dishes, such as gallo pinto or the macua drink, are a must for your clients to sample when visiting the…