Within the framework of Expo 2020 Dubai, Nicaragua’s National Day was celebrated on January 18, an event in which the flags of the land of lakes and volcanoes and of the United Arab Emirates were raised, and then the national anthems were sang.

During the central act of this activity, the representative of the government of the United Arab Emirates, His Excellency Sultan Al Shamsi, Vice Minister of Foreign Affairs and International Cooperation, thanked Nicaragua for its participation in Expo 2020 Dubai.

“The Nicaraguan pavilion sheds light on the country’s unique history and cultural heritage, highlighting the many tourism and business opportunities that are available to a variety of local and international stakeholders.

We are proud to have Nicaragua as a committed and active participant in Expo 2020 Dubai and look forward to building on the existing partnerships between our two countries. Throughout Expo 2020 Dubai and beyond, we look forward to exploring opportunities for trade and investment cooperation, as well as knowledge sharing in sectors of mutual priority, such as renewable energy, agriculture, tourism and education.” stated Sultan Al-Shamsi.

Representing Nicaragua was the ambassador to that Arab nation, Mohamed Lashtar, and the director of development and promotion of exports of Nicaragua’s Ministry of Development, Industry and Commerce, Sadie Bello. “We express our gratitude to the government and people of the United Arab Emirates for the kind invitation and the opportunity to make possible the participation of Nicaragua in this international exhibition,” said Lashtar.

The authorities also conveyed fraternal greetings from the President of the Republic, Daniel Ortega; of vice president, Rosario Murillo, and of the Nicaraguan people. 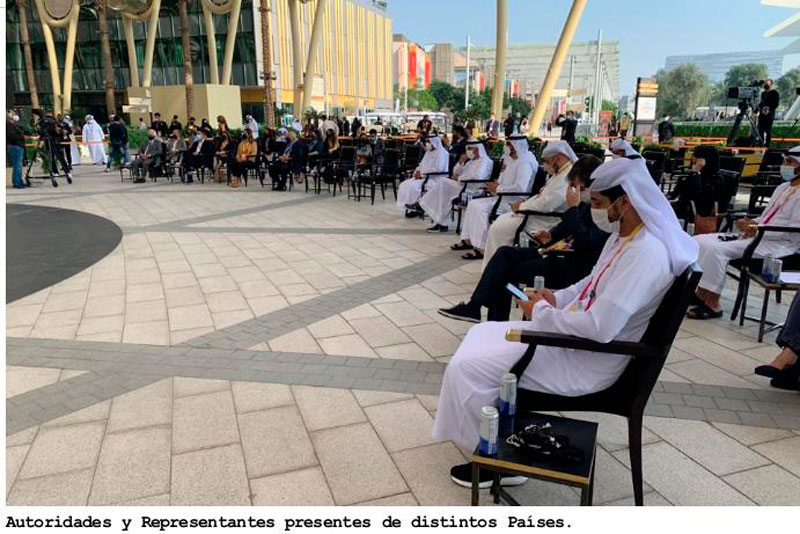 The ceremony was attended by diplomatic representatives and officials from El Salvador, Honduras, Panama, Guatemala, the Dominican Republic, Mexico, Costa Rica and the United States.

After the official agenda, a tour of the large Nicaraguan pavilion was made, where they were able to learn about the cultural and historical beauties and about the excellent investment climate and benefits for doing business in Nicaragua.

The day concluded with a delicious culinary experience, in which chef Javier Álvarez prepared typical Nicaraguan dishes and desserts for the guests to taste.

Photos and statements taken from Emirates News Agency, WAM, in English, and Al-Ain

The Soul of the World, a hidden treasure in the Caribbean of Nicaragua